Does your toddler avoid eye contact? Are they not using hand gestures the way they should?

These can be early signs of autism, which could indicate your child requires further assessment. In this post, I’ll walk you through autism red flags that every parent should know and how to spot them.

Now, keep in mind, if your child shows some of these signs, it doesn’t necessarily mean they have autism. It might just mean you should book in with your doctor or an allied health professional for further assessment.

In this post you’re going to learn key signs to look for from one year of age that could be early indicators of autism in young children. 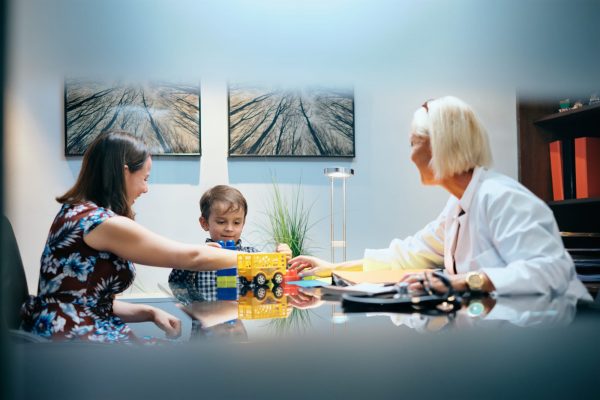 Usually, toddlers will use eye contact to show you something, request something, start a conversation, or express their feelings.

For example, if you were rolling a ball back and forth with your 12-month-old and you stopped, the 12-month-old would look at the ball, then maybe make a noise, and look up at you.

They would do this to tell you, “Hey, why aren’t you rolling that ball back to me?”

Whereas a child with autism may have difficulty giving eye contact to gain your attention, and they might just continue looking at the ball rather than look to you for help.

The second red flag is not consistently using gestures. At 12 months old, babies use a wide range of gestures to communicate with you.

For example: Your baby might point to a bottle on a bench and look at you. The key component is that they look back at you to make sure you followed their point and understand that they want the bottle.

But a baby who finds it difficult to use hand gestures might just go and grab your hand instead of pointing. They might not look up at you — they might just take you over to the bottle and place your hand on it. And that’s how they would communicate that they wanted the bottle.

If your child rarely uses gestures to communicate with you, then that can also be an early sign of autism.

Not Responding to Gestures Can be an Early Sign of Autism

The next red flag is when your toddler doesn’t respond to gestures or copy your actions. At 12 months of age, babies respond to a wide range of gestures used by parents or others.

For example: If you were out walking with your baby and said, “Look, there’s a dog” while pointing, typically, the child will look in that direction and try to find that dog.

Also, babies are sponges. They love to copy. So at 12 months of age, when you do a gesture or an action, your toddler will typically do that exact same action.

So if you find that your toddler is not responding to your gestures or not copying your actions or gestures, that can also be a red flag.

While we’re on the topic of gestures, which is an important milestone in a baby’s first year of life, remember to grab our free developmental milestone chart. Make sure your little one is achieving all the milestones they should be at their age.

Not Sharing Their Interest or Enjoyment

When children rarely share their interest or enjoyment with others, that can also be an early indicator of ASD. At 12 months old, toddlers are extremely social beings that have a strong desire to share any of their enjoyment with you. And they do that in multiple ways.

For example, when you walk past your toddler, they might:

And you’ll also notice that when they’re playing, they’ll frequently look back at you to check in and make sure that you’re still in the room.

A toddler who finds it difficult to share enjoyment with others might play and smile and laugh, but they don’t look back at you. 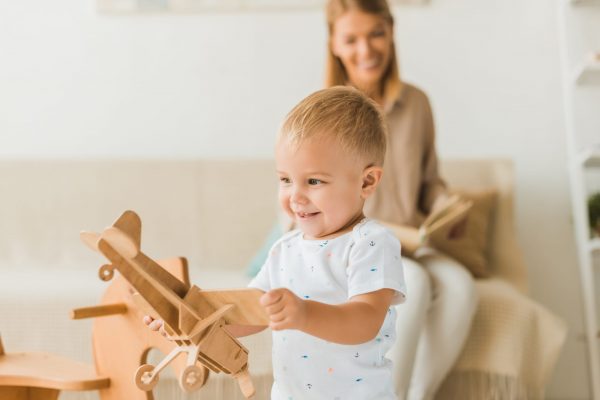 Or they might come and show you a toy by dropping it into your lap or your hands, but they don’t look up at you to share that interaction and enjoyment.

Lastly, they might point at something of interest to them, like a dog outside when you’re walking, but they don’t look back at you to make sure you’ve followed their point and know what they’re pointing at.

Repetitive Actions or Movements Can be Early Signs of Autism

Regarding a child’s play, they might get stuck on a particular object or toy and do the same action repeatedly.

With regard to body movement, the repetitive actions need to be most of the time, not sporadic. The child will typically do the same movement over and over again, like:

Another one of the early signs of autism is when your child does not consistently respond when their name is called or at the sound of a familiar voice.

Typically at 12 months, children respond to their name being called on the second or third attempt, particularly if they’re engaged in an activity. If your child’s hearing is fine and they’re not responding consistently to their name, even when you’re directly in front of them, then that’s a red flag.

But if you notice that your toddler is extremely social and tries to interact and engage you in play, and is babbling and smiling, but they don’t respond to their name being called when their back is turned, that might be an indication that their hearing needs to be assessed. 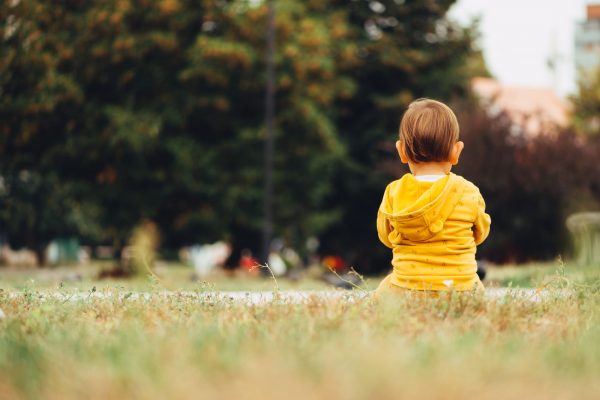 At 12 months, a toddler may or may not say their first words, but they are definitely using babble conversationally. By that, I mean they are directing their babble towards someone.

You will also notice that when you speak to your toddler and stop talking, your toddler will start to babble back as if they’re saying real words.

Their babble also changes up and down in pitch. So instead of going “ga-ga-ga” or “ba-ba-ba,” they start to have it go up and down as if they’re having a real conversation with you.

If you notice that your toddler is not babbling, or when they are making sounds, it doesn’t sound like they’re actually having a conversation with you, then that is a red flag.

To sum it up, the key indicators of Autism to be aware of at one year old are:

As mentioned earlier, the presence of one or more of these indicators does not mean your child has Autism. It simply means that it may be a good idea to speak with your doctor or health professional for further assessment.

And if you’re wondering about whether your child is developing properly for their age, be sure to download your free 0-12 months developmental milestone checklist.

Emma Hubbard is a Pediatric Occupational Therapist with over 12 years of clinical experience. She received her Bachelor's Degree in Occupational Therapy from the University of Newcastle. Emma is the founder of Brightest Beginning & writes about all things child development, sleep, feeding, toilet training and more.

Signs Your Child is Not Ready For Potty Training

What To Do When Your Baby Hates Tummy Time

Baby’s Witching Hour: How to Soothe Your Baby When Nothing Else Works

We’ve helped make life easier for thousands of parents around the world, and we’d love to help you too! Follow us on social media to get all the latest tips & strategies for simplifying your parenting journey.

We send exclusive free content to our email subscribers each and every week. Click the button below to join the club!